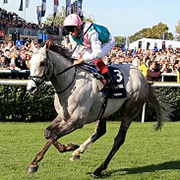 With regards to the market for the world’s oldest classic first run in 1776, of the five British Classic races, it has been the St Leger that has been the most consistent in terms of churning out successful favourites over the last 28 runnings and by some margin with an over 50% strike (15/28), Logician being the latest last season.

We did have a surprise winner in 2016 though as Harbour Law was a trends buster on more than one score as he failed to finish in the first three on his previous start unlike 31 of the last 35 winners and also joined Bollin Eric, Arctic Cosmos and Encke in the last 23 years as entering the contest without having won a Group race. Harbour Law was also breaking a big pedigree statistic as he is by Lawman whose Stamina Index is only 8.9f whereas the next lowest SI was 9.4 (Bollin Eric’s sire, Shaamit) in the last 32 years.

As many as 17 of the last 24 runnings have gone the way of either Aidan O’Brien (6 wins), Godolphin (6 wins) or John Gosden (5 wins). O’Brien’s Irish Derby winner, Santiago, looks set to start favourite this season attempting to emulate Capri for the same stable who also won that Classic during the summer before adding the St Leger. Since then Santiago has finished third in the Goodwood Cup behind the Ascot Gold Cup 1-2, Stradivarius and Nayef Road.

The Great Voltigeur Stakes has become the principal guide over the last quarter of a century having featured 11 of the last 24 winners and all 11 finished in the first four at York. Pyledriver bounced back to form to give away 3lb all round and stylishly beat his rivals including the Gordon Stakes 1-2, Mogul (3rd) and Highland Chief (2nd), with the Queen’s Vase runner-up, Berkshire Rocco (4th) also easily brushed aside after things didn’t go his way from the outset in the Derby. Given the speed that Pyledriver showed to win at York, connections have a tough decision to make whether to remain at 1m4f or roll the dice over an extended 1m6f and hope that conditions don’t turn testing.

Kew Gardens and Leading Light won the Queen’s Vase at Royal Ascot before adding the St Leger for Aidan O’Brien so Santiago is bidding to emulate that pair after he readily took that prize just eight days before also winning the Irish Derby. In addition, the same stable’s Southern France placed in both the Vase and Leger in 2018 and Harbour Law placed in the 2016 running of the Vase before he won the Leger. The Queen’s Vase was cut in distance two years ago to 1m6f so should theoretically suit St Leger types more now than in the past and after the Great Voltigeur it has become the clear recent second-best guide.

With regards to Derbies, nine of the last 23 winners ran at Epsom and six ran at the Curragh. The King Edward VII Stakes won by Pyledriver took place before the Derby this season and is also a notable guide with nine of the last 26 St Leger winners having taken part in that contest. Six of the last 20 St Leger winners took their chance in the Gordon Stakes at Glorious Goodwood, four of which completed the double, but the 1-2 of Mogul and Highland Chief were put in their place by Pyledriver in the Voltigeur.

Positives
A top four finish in the Great Voltigeur Stakes
The favourite
Trained by John Gosden or Aidan O’Brien
Owned by Godolphin
A top three finish in the Queen’s Vase
Contested the Gordon Stakes, Derby or King Edward VII Stakes
A top-five finish in the Irish Derby
Fillies

Negatives
Failed to finish in the first three last time out
By a Sire with a Stamina Index of under 9.4f