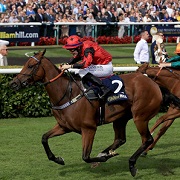 This unusual distance of just over 5½ furlongs means that both 5f and 6f form play a part and horses to run well in the Portland before often return to run very big races again. The 2018 winner, A Momentofmadness, went on to finish second last year and also finished sixth in 2017. Halmahera won this race three times between 2002-2004 but was successful in just one other race during those years and the 2015 winner, Steps, had finished second in the Portland two years earlier.

The best guide after the turn of the century was the Great St Wilfrid Handicap at Ripon which featured six Portland winners in seven years between 2002-2008 (all unplaced) but none since.

The draw can be a significant factor at this meeting and low numbers have struggled of late. Spring Loaded came out of 22 of 22 when successful in 2017 and A Momentofmadness won from stall 18 the following year and it was a 1-2-3 last season for horses drawn in the higher half. Going back further in time, in 2011, five of the first six home were drawn 15 or higher in a field of 21, in 2012 only two of the first ten home were drawn in single figures, in 2013 only one horse in the first nine positions was drawn in single figures and in 2014 just one horse in the first eight was drawn in single figures. In fact, ignoring the 2006 renewal when the race was switched to York, just one winner has emerged from stalls 1-5 in the last 24 years.

Higher-weighted handicappers have comfortably fared best this century with the 16 of the last 18 winners set to carry at least 8st 13lbs before jockeys’ claims. A more compressed handicap these days aids that statistic as approximately twice as many horses have carried 9st+ than otherwise in the last decade but, even so, the lower-weighted horses have been under-performing as a whole.

Four and five-year-olds have won ten of the last 12 runnings between them but do respect three-year-olds despite a total of 47 to run and all of them being beaten since Astonished and Compton Banker won back-to-back runnings in 1999/2000 up until Oxted won last season. Last year’s winner did have the class to go on to win the Group 1 July Cup though. Three-year-olds have been faring well of late as, in addition to Oxted’s victory, their two contenders in 2015 went close both hitting the frame as did Justanotherbottle in third in 2017 and Encrypted only found one too good in 2018. In fact, the Classic generation was the age range to focus on up between 1986-2000 winning on seven occasions

David Marnane is high on punters’ lists of trainers to follow when he sends horses over for top British handicaps having won big handicaps at Ascot in addition to his two Portland successes but this is also a race that Kevin Ryan targets and, in addition to the three successes of Halmahera, he has gone close with the runner-up in 2009, 2010 and 2014. Charlie Hills has won two of the last seven runnings and also saddled a runner-up.

For such a competitive handicap the favourite has a good record winning eight of the last 29 runnings. That strike rate for favourites in a handicap is good going by any standards let alone a major sprint handicap featuring 22 declarations.

Positives
Set to carry 8st 13lbs+ before jockeys’ claims
The favourite
Respect Charlie Hills, David Marnane and Kevin Ryan
Drawn in the higher half
Run well in the race before