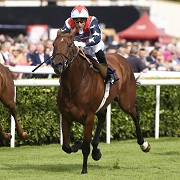 Not as straightforward from a trends perspective as the Park Stakes was upgraded to Group 2 status in 2004 having also been upped from 7f to 1m in the mid-90s so it now attracts classier horses with more stamina so we are only really comparing like with like for the last 16 years.

This was unquestionably formerly a race to support a three or four-year-old but it has been all change since the elevation to Group 2 standard as there have been two successful seven-year-olds, three winning six-year-olds and two successful five-year-olds in the last 11 years.

The Park Stakes has also been a race that has recently witnessed horses running very well on more than one occasion. In fact, there have been three dual winners since 1996 (Bishop Of Cashel, Iffraaj and Arabian Gleam). In addition, Duff posted finishing positions of 214 up to 2010, Premio Loco won in 2011 having finished second in 2010 and Breton Rock took the spoils in 2016 having finished third to Limato in the 2015 running and he filled the same berth last year. Sir Dancealot could return to defend his title after he was last seen finishing fifth in the Lennox Stakes.

Sir Michael Stoute has the best recent record winning the Park Stakes on four occasions since 1995 followed by James Fanshawe who has won the race three times. Irish stables have won three times going back to 2009, two courtesy of Edward Lynam.